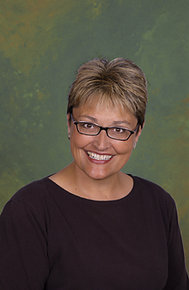 For most of her career, Seattle-area based Pat Detmer has been the rare female in a man’s world. She managed floor employees in a printing plant in her twenties and went into sales in her mid-thirties, later becoming sales and market-ing manager for a regional distributor. As part of her management training, Pat attended Toastmasters and did well enough in a their annual speech contest to proceed to the regionals. She might have won there as well, but they wouldn’t let her go on due to a technicality: she’d only been in Toastmasters for eight months, and contestants needed a full year of membership to participate.

Pat is also a humor writer and has had a column in a newspaper on Whid-bey Island for six years. She put these first of these essays into a book called “Laughing All The Way: Riding Herd on My Middle-Age Spread.” She’s also ap-peared in Newsweek, the Seattle Times, the Eastside Journal, has a column in the Newcastle News, and her essays have been printed in several newspapers in the Midwest, where she lived in her youth. She’s won humor and fiction contests, and has appeared in 3 short story anthologies.

Pat is currently a sales and marketing consultant with The Quincy Group, a mergers & acquisitions and consulting business that she began 5 years ago, and in which her husband and several other associates have joined her.

Someday I’ll write a book entitled “Later On, I’m Jumping Out of a Cake.” One night at a business dinner, I was seated at a long table of male managers, with me being the lone female in attendance. The waitress kept looking at me as if she was wondering how I fit there, so I whispered the above when she took my order.

For thirty years I’ve worked in a man’s world. I smoke cigars, play great customer golf (I suck, and always lose), and swear like a longshoreman. But I believe that there are very real differences in how men and woman think, and I believe that these differences are good, and that businesses should embrace that diversity and put that yin yang to good use.

I’ve approached my career – and everything else in my life – with a sense of humor, and would have probably been a stand-up comedian if it didn’t require staying up past 9:30 p.m. My speeches – although informative – are always skewed to humor. I learned that in my sales career: When all else fails, use hu-mor. And food, preferably chocolate.