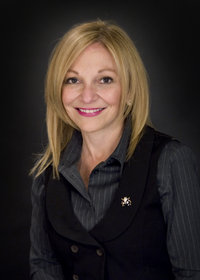 Those that can do.

Choose a speaker who’s not a talking head – a seasoned lawyer who’s: successfully argued in the Supreme Court about the meaning of equality; who’s made money investment banking; who’s started a women’s webzine about how women are defining their own success, regularly speaks with women leaders worldwide and whose webzine Girlphyte.com has over a million hits.

Sue has seen the future of women in the marketplace and it is exhilerating.

Get fresh facts and insights about how women are changing the culture of the marketplace and how other women are attaining success as they define it by pursing their authentic lives with passion.

Success is not about ladder climbing. It is personal, circumstantial, nuanced. It is about growth – being in the right environment, developing deep roots, many branches, achieving personal goals and continuous growth.

Why attend a day of talks and walk away with the flush of inspiration that doesn’t translate into action?

Changing behaviour is a process. It begins with meaningful interaction, clear direction, a success toolkit and established benchmarks.

The marketplace is flooded with words. It’s time for action. And fun and humour.

10. That to really live you have to get out of Kansas.

9. Landing on a witch is not a great way to start your day.

8. Never negotiate with a wizard while wearing gingham.

7. Large hand bags are very useful, but there’s nothing like a wicked pair of shoes.

6. Dogs are great, but they’re only a transitional relationship.

5. Black and white is uber cool, but life in Technicolor has the AHA factor.

4. There’s no place like home, but for a sense of accomplishment, get yourself out there.

3. Making connections gets you over the rainbow.

2. You have to do it for yourself – even scarecrows, tin men and lions have their own agendas. ©

Last event: Review from Swankymoms.com:
“I was at a conference yesterday with a group of very intelligent and accomplished women…Just before the day ended, a woman who started an online magazine called girlphyte.com came up to speak. She’s over 50 and looked about 38 dressed in a hip summer outfit, blond hair and had a rockin’ body. The “It Factor” oozed out of her and if anyone in the room had “It” she did. I immediately perked up and focused all my attention on her. The energy in the room shfited instantly almost as if a new weather system had entered. She had half the time she was supposed to have, announced she was throwing her notes out and off she went like a cannon ball out of a cannon. And man, did she impact me. And it’s because she had “It”. And of course she’s going to be insanely successful in her business venture.” http://swankymoms.blogspot.com/2007_06_01_archive.html
———————–
Sue has also been applauded by women leaders who attended the Women’s Executive Network’s Wisdom Training as “transformative”.

University students who’ve attended her courses say that they’ve never had the opportunity to learn about how to be successful in university. That stuff just isn’t shared by profs.

Don’t leave just feeling good – leave going for your personal gusto with the insights, mechanics and support to get energized, focused, and hungry for more.

Sue is for corporations and organizations who not only expect bang for their buck but for measurable response. She’s for women who are hungry to leverage their skills and experience and SHAKE IT UP!