One Call That Can Fulfill Two Important Life Callings: For so many women, two very important callings in life are often in conflict with one another – motherhood and having a career. The struggle to achieve both, and doing it blissfully, is well-documented.

For every mom, making the decision to stay home with your kids, or join the workforce, can be a difficult process and there is no right answer.

Every woman must make the choice that brings her the closest to fulfilling her hopes, dreams, and her calling. Fortunately, there is an opportunity to accomplish these two very important callings in life, without sacrificing your own livelihood in the process.

Work-life balance has happened for tens of thousands of moms who made the call to Arise, and it can happen for you, too. As an independent business owner, you set your own schedule around other important parts of your life. You are your own boss. Work wouldn’t feel like its interrupting your life; it becomes a pleasant part of it. You control your work- your work doesn’t control you.

When you start your own home-based Independent Business, you are determining your earning potential, based on the frequency you work and the results you produce. You decide how large or small you want your company to be, and whether you make thousands, or hundreds of thousands, dollars a year.

Learn how working from home can be the best investment you make in your personal and professional fulfillment by reading the full article on the Arise Home-Based Business Blog.

Register Your Business and Take a Voice Assessment Now! Arise Virtual Solutions is an industry leader and has been featured on many national news segments, such as: Good Morning America, Bloomberg Television, Fox News, CNN, and the TODAY Show. Learn More About Arise.

What to Avoid When Networking

Knowing how to network is always a good idea, but knowing how not to network may be even better. This article gives seven tips on how to do it right.

What’s Next? Assessing Your Career Post-Baby 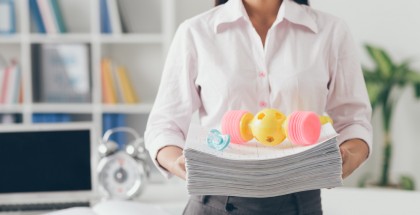 Having a child changes your life in a major way. And while many women will return to their current job following maternity leave, others may decide to seek a career that fits better with their new lifestyle. Between flexible hours and childcare options, a number of new factors come into play after adding a new member to your family.

Navigating this new reality can certainly be a challenge for moms, but it’s worth the obstacles if it means providing a better life for your family. If you’re unsure whether you should stay put or find something new, consider these five questions that might help you make a decision.

What can — and can’t — you afford to do? You may dream of staying home full-time or cutting back on your hours, or your new responsibilities may have you feeling anxious for a raise. Think about what a new family member really means for your finances, and consider that an important part of your decision-making process.

How much time are you expected to spend in the office? If you regularly worked 60-hour weeks pre-baby, it may be difficult to transition to a more moderate schedule when you return from maternity leave. And no matter how much of a workaholic you are, 60-hour weeks simply won’t work if you have any plans to see your child. On the other hand, if your superiors have been consistently flexible with your schedule, allowing you to work remotely on occasion and leave early every now and then, it could be a much better situation for your new life. END_OF_DOCUMENT_TOKEN_TO_BE_REPLACED Millennial women are passionate, optimistic and hard working. We know what we want, but we don’t always know how to get it. Sometimes, we don’t have the self-confidence or self-belief that we should. This can change. If you’re ready to take the next step, here are seven career tips compiled especially for you and the 30 million other millennial ladies who work every day of the week.

1. Mental preparation is the key to success in the office, in the gym and at home. Prepare to succeed by setting daily and weekly goals and by taking the time to plan your future. If you want to achieve big things, outline a number of smaller goals that will take you there.

2. Manage your time. First, learn how to prioritize. Second, create a daily to-do list and time outline. Budget for weekly meetings and time spent on office duties. Third, avoid time suckers. Set limits, and put these activities on the back burner until more important tasks are complete.

3. Read your way to success. According to bosses, many millennials don’t handle criticism well and have trouble managing impatience toward established workplace practices. Master these soft skills by reading the classics. “The One Minute Manager,” “Contact: The First Four Minutes,” “Leadership Secrets of Attila the Hun” and “Seven Habits of Highly Effective People” are all excellent books. END_OF_DOCUMENT_TOKEN_TO_BE_REPLACED 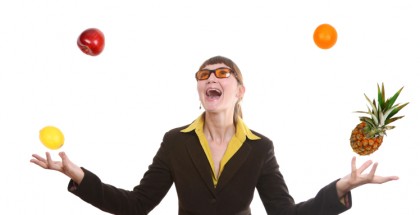 The most common work environment for registered dieticians is within the realm of health care. Hospitals, nursing homes, and assisted living facilities employ dieticians to provide guidance and management of patients’ complex dietary needs.

Schools also employ those with backgrounds in nutrition. Due to the concern of childhood obesity and the need for healthier school lunches, dieticians are often on the front lines of ensuring children are getting the nutrients they need from their school meals.

However, there are many other options for those with an advanced degree in nutrition. From communications and marketing to food production, there is a growing need for professionals with in-depth knowledge of nutrition and diet. END_OF_DOCUMENT_TOKEN_TO_BE_REPLACED

There’s Nothing Spontaneous about a Successful Career

I’m a planner by nature. I live by my calendar and often look ahead in six-month chunks of time. For me, six months might as well be six weeks, or, sometimes six days. Life moves fast and if you’re not paying attention, it can pass right on by you.

This is especially true when it comes to your career. If you don’t make plans and set goals, you’re likely to see very little career movement. So, where do you see your career in five years? 10? Where do you want to be when you reach retirement? Do you have a plan? Or, are you worried that your dreams are out of reach?

Martino began her career more than 30 years ago as an hourly cashier/supervisor for Sodexo’s client Xerox. There, she “worked her way up through the ranks” to a District Manager, overseeing 18 locations with diverse teams and clients.

Martino’s success was no accident. Her determination and drive were the perfect catalysts to advance her career from an hourly employee into management. And, it was there, that Martino gained access to extensive professional development, including ongoing learning opportunities where she was able to sharpen her business skills.

When talking about her career path, Martino described how her managers recognized her abilities and encouraged her to become a leader. That action coupled with her inner-drive led her to feel like “the sky is the limit” at Sodexo, resulting in many personal and professional achievements.

One such achievement was becoming one of the founding members of Sodexo’s Disabilities Task Force, inspired by her brother Joey, a young man with Down Syndrome. The Task Force has since evolved into the employee business resource group SOAR – Sodexo Organization for disAbilities Resources.

Martino attributes some of her career success to development programs that had the support and participation of senior leaders. END_OF_DOCUMENT_TOKEN_TO_BE_REPLACED